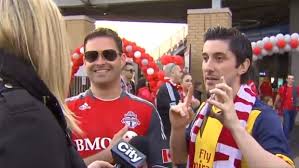 Watching football is one of the most popular hobbies in India’s corporate life. Employees at large companies and startups often bond while watching football and discussing football. Some employees, take things a bit further and put some money on the line.

The Champions League is an integral part of the life of dedicated football fans and in the world of betting, it has a huge market share.

People all over the planet look forward to matches in this tournament. And of course, many of them bet on matches by downloading the Betwinner apk or other similar apps.

Therefore, we will also talk about what the Champions League is, as well as about betting on it.

All about the Champions League

The tournament itself was founded in 1955. This is an international tournament organized by the Union of European Football Associations. The fight is led by teams that have taken the highest places in the top divisions of their country. Each country has a quota for the number of participants per season.

In fact, this is the most prestigious club football tournament in the world, where the strongest teams that make up UEFA take part. This tournament is so popular due to its status and the struggle of teams from different countries.

We will not recall the entire history of the tournament and changes in its regulations. Let’s take a quick look at what we have now. The competition is conditionally divided into 3 stages: qualification, group stage, playoffs.

The qualifying stage consists of 4 rounds. Each pair plays a home and away match, the winner on aggregate goes further. In the next, group stage, there are 8 groups of 4 clubs each. Each team plays one match against the opponent on its own field and one on the opponent’s one. 16 teams get into the playoffs, which, just like in the qualification, find out the strongest by the sum of two matches (home and away). Only in the final, the teams play one match at the stadium, which was chosen in advance.

Any tournament, regardless of the sport, has its own format and features. What is important to know when betting on the matches of this event:

What should you pay attention to when betting on this event?

The more prestigious the tournament is, the more difficult it is to analyze it. That’s why you need to pay attention to a large number of factors. And when betting, everything should be taken into account.

Among the main points that can influence the choice of a bet when analyzing an event, we note a few that have their own characteristics specified for this tournament:

What is Champions League?

It is the most prestigious club football tournament in the world. The best clubs in Europe play in it.

How many teams are taking part in the tournament?

There are 32 teams in the group stage of the tournament. 16 of them go to the playoffs.

What are the features of betting on this competition?

Due to the popularity of the tournament, it has a wide line for all bookmakers. Therefore, it is worth carefully analyzing each match and the tournament situation of each team.