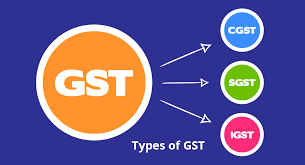 While the nations across the world were struggling with an economic crisis, India has brought forward several reforms to improve her financial grounds. Amongst certain strategic campaigns like ‘Make in India’ and ‘Digital India’, the GST taxation reform is a significant change that the country has been observing for the last two years. The Goods and Services Tax, implemented on July 1, 2017, is a major phenomenon that transformed the whole economic structure of the country.

While the previous complex tax structures ended up in imposing multiple taxes from the end-user, the motto of ‘One Nation, One Tax’ has been proved fruitful with the introduction of GST in India. With its numerous benefits, the GST reform has gained a high status not only within the nation, but its importance has been extended to her neighbouring countries as well. GST is a huge indirect taxation reform introduced in India to bring about significant changes in the taxation structure. GST was brought into effect for its ability to simplify tax levying structures and removing the various complexities that were associated previously with other indirect taxation systems that existed in the pre-GST era, such as VAT and Excise Duty.

According to experts and critics, GST is believed to remove all the imbalances and disorders from the economic structure of the country, thereby bringing about great harmony in the fiscal hierarchy of India.

Benefits of GST in India

Talking about the boons of GST that boosted the country’s economic growth, we can see great improvements and progress made by India in diverse fields after its amendment. Among the many benefits and advantages of this most awaited reform that the nation saw for the first time after her independence, including the following significant ones –

Different Types of GST Taxes and Their Importance

Now that you are aware of what is GST all about and what are its various types, let’s elaborate on the salient features and the objectives of each type and how each of them has contributed to the economic growth of India.

The CGST Act 2017, has been enacted to allow for a provision of levying and collecting tax on the supply of goods and/or services within the state itself by the Central Government. The Act extends to the whole of the nation, except for Jammu and Kashmir. The Act comprises 21 chapters and 174 sections, along with three Schedules, which are stated as follows –

In this type, the State Government alone levies and collects taxes from their respective states while the Centre completely withdraws itself from doing so. All the individual state taxes, such as State Sales Tax, Luxury Tax, Taxes on lottery, Entertainment Tax, etc., that were being collected in the pre-GST era, has been subsumed into one in the SGST Act 2017. In the case of an intra-state (occurring within the state) supply of goods and services, equal percentages of both CGST and SGST are levied on the buyer. While the former is collected by the Central Government, the latter gets deposited to the respective State Government.

IGST is levied on buyers in case of inter-state supply of goods and services, that is when a transaction occurs between two states or outside the state. In other words, if the location of the supplier and the place of the supply are in two different states, a seller has to collect IGST from the buyer. An IGST is also applicable in other scenarios of the inter-state transactions, such as the import or export of goods and services or when supplies of goods and services have been dealt with an SEZ (Special Economic Zone) unit. The revenue generated from IGST would be shared between the Central and the State Governments in agreed proportions based on a number of factors.

In addition to the above three major types of GST, we have the fourth type known as UTGST. The UTGST Act is implemented in certain specific parts of India like the Union Territories, which include the Andaman and Nicobar Islands, Delhi, Chandigarh, Daman and Diu, Dadra and Nagar Haveli, Lakshadweep and Puducherry. The UTGST has similar properties as that of SGST and was enacted to collect taxes from every transaction of goods and services occurring in the Union Territories, where there is an absence of legislature.

Why is this Split in Different Types of GST?

In a federal country like India, both the Central and the State Governments have been authorized with the power of levying and collecting taxes. Since both of the governments have the responsibility to carry out several actions so as to increase their revenue, both are levying GST simultaneously. This policy will help the taxpayers to take a credit against each other, thus promoting ‘One Nation, One Tax’.

Although we have covered the major aspects of this tax structure, understanding what is GST can be a real challenge at times. However, with such a noteworthy step taken by the Indian government, the GST taxation reform has definitely promised a brighter economic stature to the youths of this and the coming generations.