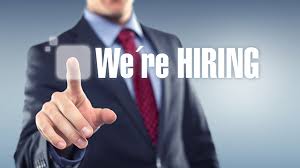 According to a Naukri.com survey, hiring activity in August 2015 increased 13% as compared to the corresponding month last year. Banking and financial services recorded the maximum increase of 26%, followed by healthcare, pharmaceuticals, software, telecom and media and entertainment sectors. Meanwhile, hiring activity in auto and ancillary stabilised while the insurance sector saw a decline. “Looks like exciting times are ahead for job seekers,” Suresh added.

The survey observed that around 66% of recruiters expect new jobs to be created in the second half of this calendar year and most opportunities are likely for people having work experience of 4-8 years.

Naukri Hiring Outlook is a half yearly survey which gauges the hiring sentiment across sectors and industries. The survey was conducted amongst more than 1,900 recruiters and consultants.