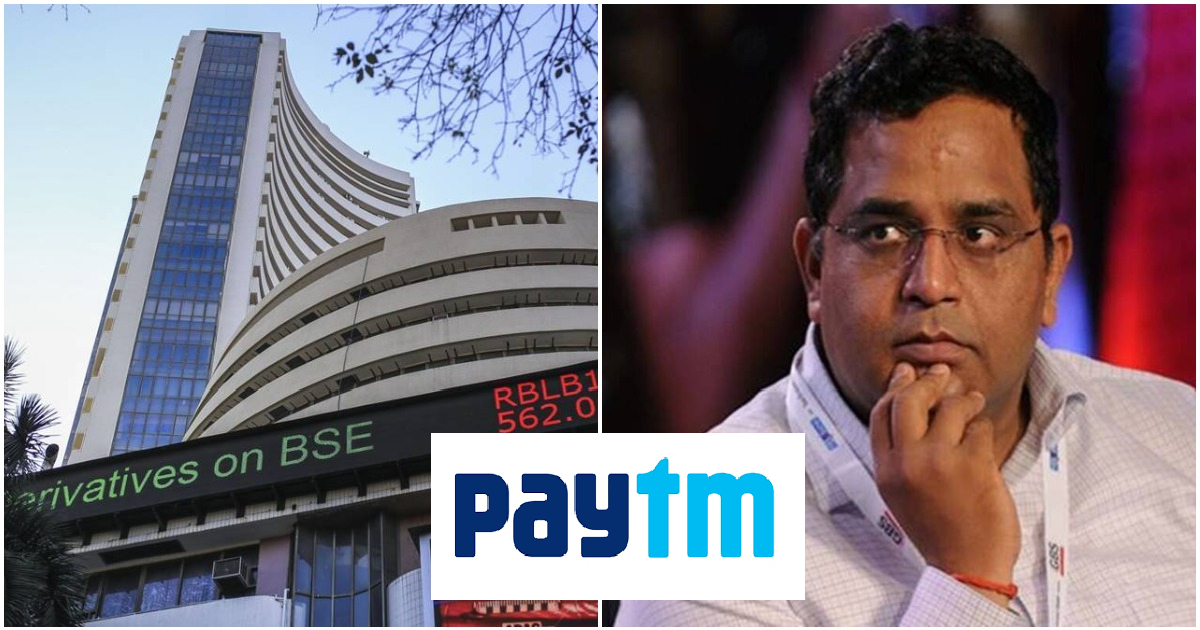 Paytm had created a record with its Rs. 18,300 crore public offer, which was the largest in the history of Indian stock markets. It now has another less flattering achievement to its credit.

Paytm has had the worst IPO-day performance for a mainboard stock since 2011. Paytm had a horror start to its journey as a public company, as its shares fell 27% over its IPO price today. Paytm’s shares eventually hit the lower circuit at 2:56 pm, and trading in the stock had to be forcibly halted. Paytm had gone public at an IPO price of Rs. 2150; by the end of the trading day, its stock was trading at just Rs. 1560 apiece.

As per a record of IPOs available at Chittorgarh.com, this is the worst listing-day performance for a mainboard IPO since 2011. Mainboard IPOs are IPOs for large companies with a minimum post-issue paid-up capital of Rs 10 crore. Back in 2011, a mainboard stock named Tijaria Polypipes Ltd had crashed 69% on its stock market debut. Since then, the worst performing mainboard stock on listing day had been Healthcare Global Enterprises, which had fallen 21% on its debut back in 2016. But Paytm’s stock, which fell 27.4% today, became the worst performing mainboard IPO over the last decade.

The crash in Paytm’s stock wiped out nearly Rs. 40,000 crore of investor wealth over the course of the trading day. To put this number into perspective, this is more than the entire market caps of companies like TVS Motors and Oberoi Realty. Paytm’s fall in market cap today is also more than the entire valuation of Tata Communications and tyre company MRF.

Paytm’s IPO wasn’t bad just by Indian standards — its underperformance eclipsed global records as well. Paytm’s listing day-fall of 27% is more than that of any US IPO which has raised $2 billion or more. The worst-performing American IPO which had raised $2 billion or more was trading app Robinhood, which had lost 8.34% on opening day. Paytm’s first-day losses, in comparison, are three times as much.

What makes Paytm’s underperformance even more stark is the relative performance of its startup peers. Zomato’s stock had risen 80% over its IPO price on listing day, and Nykaa’s stock had nearly doubled on the first day of trade. Paytm, instead, has seen its stock lose nearly a third of its value on its stock market debut.

Paytm CEO Vijay Shekhar Sharma, though, appears to be trying to put up a brave face in face of the debacle. He said in an interview that he was “not disappointed” by the stock’s performance. “We are not going to be driven by stock markets, because share prices are run by the opinions of buyers and sellers, which we have no influence on,” he said. But Paytm — which, thanks to its scale and the number of businesses it operates — is in many ways the flagship company of India’s startup ecosystem, and its drubbing at the stock markets today has the potential to cast a pall of gloom over the entire sector.