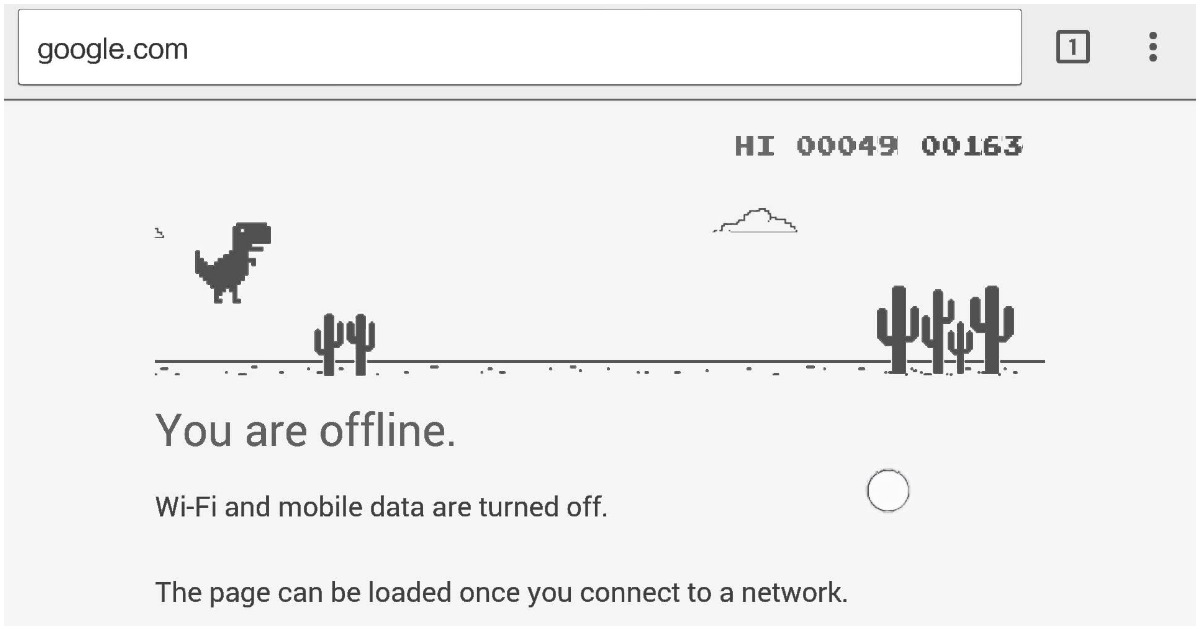 Computer games have become increasingly sophisticated over the years — they feature graphics that at times are indistinguishable from real life, have complex storylines, and boast immersive gameplay. These new-age games require a fair bit of computing power — they need modern processors and graphics cards, and often guzzle large amounts of bandwidth. But amidst all this, a black-and-white 2D game that works without an internet connection is now being played 270 million times a month.

Google Chrome’s Dinosaur game turned four this week. Google Chrome is now the most popular browser in the world, and if you’re one of the over 1 billion people that use Chrome, it’s unlikely that you haven’t come across its dinosaur game. When there’s no internet connection, Chrome throws up a dinosaur on your tab, and if you press the space bar to start, you must help it evade prickly cacti and flying vultures as it hurtles across the desert.

“The idea of “an endless runner” as an easter egg within the “you-are-offline” page was born in early 2014,” says Sebastien Gabriel from the Chrome design team, who co-created the game. “It’s a play on going back to the “prehistoric age” when you had no Wi‑Fi,” he says. “There’s nothing fun about getting kicked offline—unless you have a friendly T-Rex to keep you company, that is,” adds Chrome UX engineer Edward Jung, on why the Dino game was created.

The gameplay was deliberately kept simple. “The only restriction we placed on ourselves was to keep the motion rigid, reminiscent of vintage video games. We settled on the basics of any good runner game: run, duck and jump,” says the Google team. The gameplay is simple too — you only need a couple of keys to play the game, and there are no levels or complex storylines to navigate.

Perhaps unsurprisingly, the game is most popular in countries with spotty data connections. “Most users come from markets with unreliable or expensive mobile data, like India, Brazil, Mexico, or Indonesia,” says Google. But at times, the game has been too successful for its own good — Google had to give system administrators the ability to turn it off. “It also got to the point where we had to give enterprise admins a way to disable the game because school kids—and even adults who were supposed to be working—really got into it,” says Jung.

And even with 270 million players, no one has ever beaten the game. It’s not likely to happen anytime soon either. “We built it to max out at approximately 17 million years, the same amount of time that the T-rex was alive on Earth… but we feel like your spacebar may not be the same afterwards,” says Google.