Instamojo has recently turned 3, and the company now resides in a swanky Bangalore office. Founded in 2012, Instamojo helps businesses and individuals collect payments on their websites or by sharing a link through e-mails, social media, WhatsApp or SMS. Instamojo’s first office in Mumbai was a humble one room kitchen.  It’s come a long way since then though, and the views from its new office look like this. 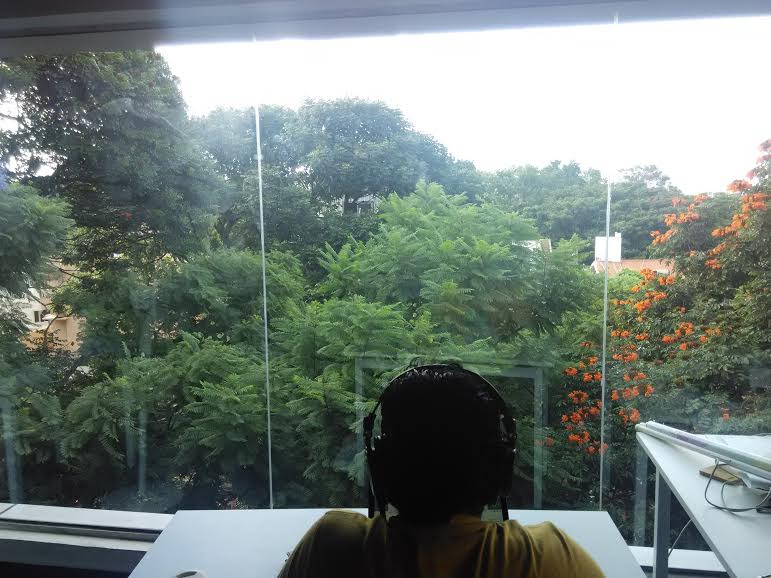 Its Bangalore office is situated in the heart of the startup jungle in Koramangla. 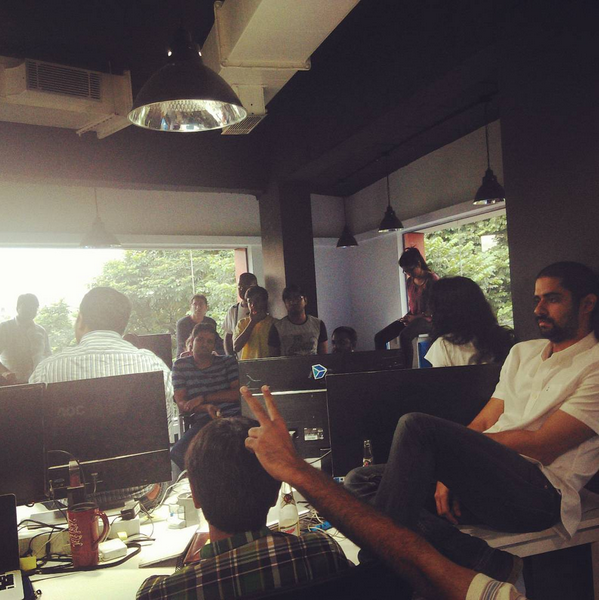 Like other modern offices, it’s a maze of workstations and trendy bright colours. It gets a dash of personalization with a wall that was designed and painted by the employees. Instamojo’s a still a startup, and that means employees have to get their hands dirty. Here’s two employees running over to get some fuel for the generator. But there’s plenty of options to kick back and relax. The office has an Xbox where intense FIFA matches are played out. And even the dogs have it pretty good. The company held a bring your pet to work day, and the office was taken over by some cute canines. 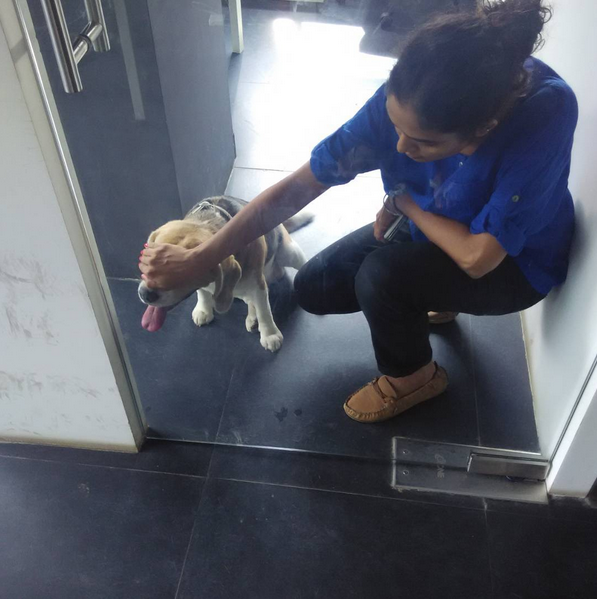 Instamojo‘s employees seem to be a young, hip lot. Here’s some of them talking about what it’s like working for the company.