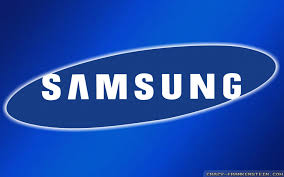 UPDATE: OfficeChai was contacted the by Legal Team of Samsung following the publication of this article. They sent us a letter that the employee wrote to the company after he had posted the following updates. The letter states that employee apologizes for his remarks and whatever he posted was during his “weakest moment and when he was under a psychological problem.” The veracity of the following claims may be viewed in this regard.

Getting fired isn’t pleasant at the best of times. But when an exit is acrimonious, things can get especially ugly. That’s what happened to Rajeev Kumar (name changed), an employee of Samsung, Bangalore. He was asked to turn in his papers after a protracted spell of bad ratings. Rajeev felt he’d been unjustly treated. He posted this on his facebook wall.

Which was closely followed by this.

As his friends and well wishers poured in support through helpful messages and posts, OfficeChai got in touch with the man himself to hear his side of the story. Rajeev was open and forthcoming, and gave a detailed account of his experience of working at the Korean giant.

Rajeev joined Samsung in 2011 on third party payroll, but moved on to become a permanent employee 2 years later. He worked as a Deputy Manager in the Translation team, translating the reams and reams of Korean documentation produced by the company into English, and vice versa. Armed with a Masters in Korean from JNU, and after having lived in South Korea for 6 years, he says he is among the best Korean translators in the country.

His relationship with Samsung was rocky from the start. He says that he resented the company’s long working hours, lack of adequate vacation leaves, and its relentless focus on timings, whereby one had to forego half a day’s salary if they were even five minutes late for work. He also felt aggrieved that the management did not value his skills and did not work towards developing his career.

Things came to a head last October, when he was given the bottommost rating in his mid year appraisal. He claims that he was working on a critical project during that period under enormous pressure, and did his best under the circumstances.

“I even took the initiative to clear all pending translation requests assigned to me by staying 16-17 hours everyday for few weeks but was discouraged by my reporting manager. His main concern was the late night cab, not my hard work.  Sometimes I spent nights in the office dormitory so that I could start on critical and urgent requests.“

Immediately following this period, Rajeev says he fell ill and had to go on unpaid leave. He blames the pressure of the preceding months for his ill health. When the next rating cycle rolled by, Rajeev was again given the lowest possible rating, and asked by the management to resign. This time the complaints got personal, with the management insinuating that he had an alcohol problem, and wore an “unhygienic look”. Rajeev rebuffs these allegations by saying that he’s never been drunk at work, and this issue had never been raised before. He also claims his colleagues made fun of his beard and his clothes behind his back. He says the demand for his resignation is unjustified as he was not sufficiently warned of these consequences after his mid quarter rating, and the management did not take his sick leaves into consideration before making a decision.

“And with 8 years of experience and package of Rupees 12.80 lakh p.a, it is really difficult (for me to) find another job. I am the only earning member of my family. My elder brother is unemployed and I have to take care of my mother’s treatment. I am 37 years old and not married yet but planning to this year but they destroyed my this wish.”

Things luckily turned out okay for Rajeev. Even though his future with the company hangs in the balance, he was talked out of his plans by his friends and colleagues in a heartwarming display of support and solidarity.

Rajeev’s case is an extreme example, but Samsung is hardly known for its employee friendly practices. Here’s what a Quora poster had to say.

There are also claims of a separate cafeteria for Koreans, and bizarrely, even separate toilets.

This poster talked about the totalitarian approach of the management.

Other posters were even more blunt.

Earlier last year, a similar case had been reported by the media in which a female employee had threatened to commit suicide in response to sexual harassment by her seniors at Samsung Bangalore. She had complained to the management, following which they had allegedly sacked her. Two months prior to that, a Samsung employee in Korea had committed suicide following harassment by the management.