Great Britain is a conservative, traditional, rather restrained country. Nevertheless, looking at the royal family (and there, by our standards, retirees are already Elizabeth II herself, Prince Charles, and other senior members), we see an elegant aristocratic old age – as it should ideally be.

But what about the ordinary citizens who live on the Island?

What could be better than taking a trip through the vastness of Great Britain? But there are so many beautiful places in this country that it’s impossible to fit them all into one post. From English villages to Welsh islands, to Scottish waterfalls, here’s a sampling of Britain’s must-see destinations.

The UNESCO World Heritage-listed Stonehenge building in Wiltshire is about 130 km southwest of London. One of the world’s most famous archaeological sites costs around £53 per person, including an admission fee (click here for details), and will take around 6 hours to reach it.

Oxford is best known for the oldest institution of higher learning in the English-speaking world and across Europe – Oxford University. Leading rankings of educational institutions of Great Britain call it the best in the country. In addition, it gave the world about 50 Nobel Prize winners. The city has many interesting places associated with the lives of great scientists, artists, politicians who studied at one of Oxford’s colleges, which is an hour away from the capital by train.

Cambridge, like Oxford, is one of the oldest university centers in Europe. It has existed for over 800 years and has produced 120 Nobel Prize winners. Since the Middle Ages, the city has had a regular geometric layout and architectural ensembles of colleges clustered around rectangular blocks. The Romanesque Round Church, the late 15th-century Gothic Chapel of King’s College, and other fascinating sites are all here. The journey from London by train takes just over an hour and the ticket costs £17.70 one way. The cost is £16.50 per person.

Brighton is located in East Sussex on the English Channel. Brighton is 80km from London by train. Beautiful beaches, amazing architecture, and all sorts of entertainment centers attract a large number of tourists. The train, which departs from Victoria Station, takes 1 hour and 13 minutes to reach the place. A one-way ticket will cost about £30. It’s much cheaper to take the bus: such a trip will cost £11.

Situated west of London on the River Avon, Bath is a bishop’s seat. It’s a Grade II listed tourist attraction. Since ancient times Bath has been known as a balneological health resort thanks to its healing springs (in fact, its name is translated from English as “bath”). The hot springs, which the city owes its existence to, were flowing even before the 60s of our era. There are 4 of them in total, and the average temperature is 46°C. A train ticket to Bath costs about 36 pounds one way. Travel time is 1.5 hours. It’s longer (almost 3 hours) by bus, but cheaper: it costs £14.

The seat of the British monarchs, Windsor Castle is located in Windsor, Berkshire. For more than 900 years, the castle has been an unshakable symbol of the monarchy, perched on a hill in the Thames River valley. The Queen and other members of the noble family continue to spend much of their free time here. To this day the castle remains an important place for meetings and solemn visits of foreign heads of state. Its luxurious interiors are decorated with paintings of prominent statesmen and works of art from the royal collection. A one-way train ticket costs about 11 pounds and the trip lasts less than an hour. 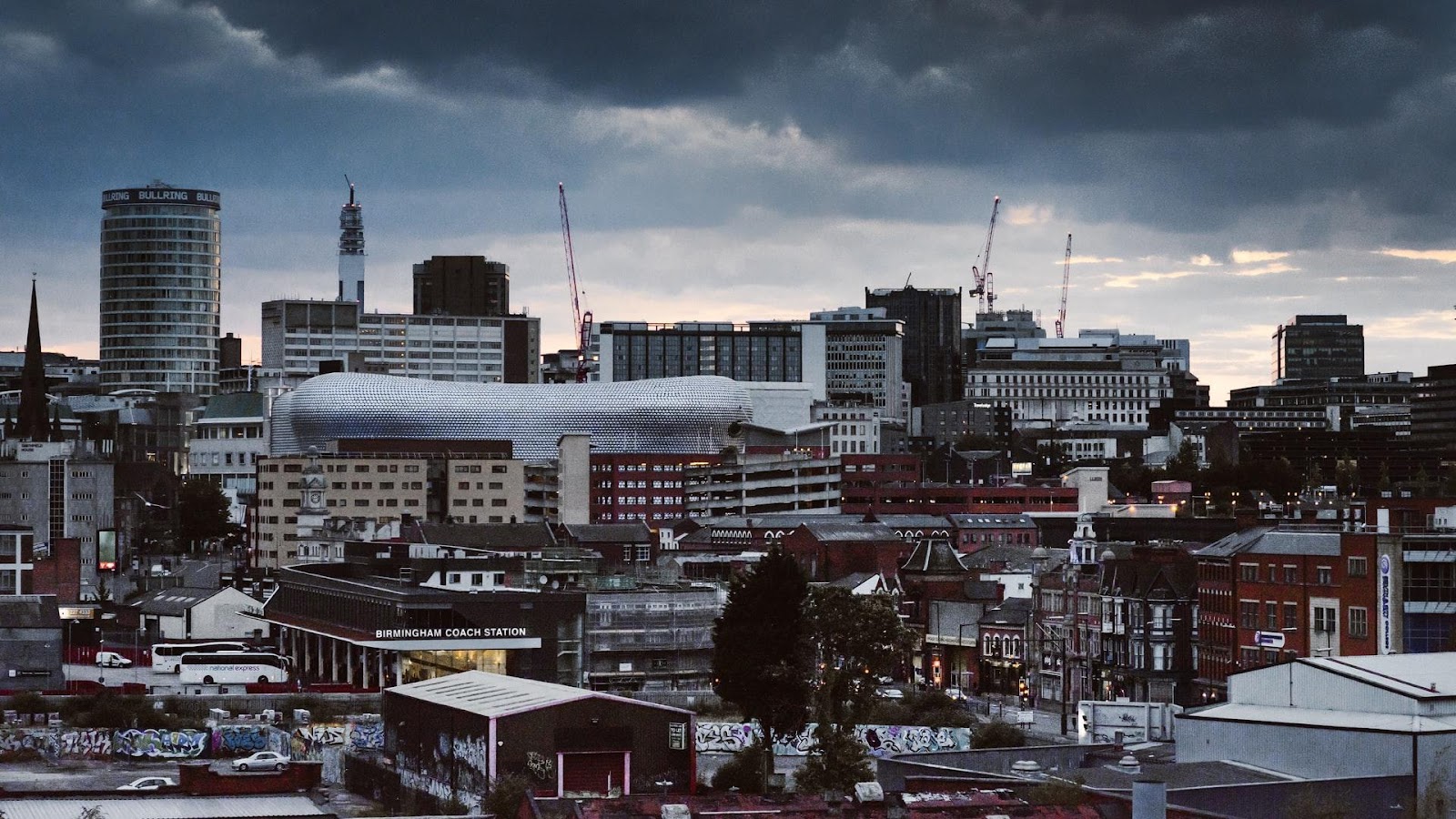 The English city of a million people, Birmingham is the second-most populous city in the country after London. On its territory is located the Anglican Cathedral, built-in 1710-1725. The city has many attractive attractions, such as St. Paul’s Church, the Birmingham Museum with its own art gallery, the Museum of Transport and Underwater World, as well as the jewelry art. The City Council building is crowned by the tall Big Brum clock tower. The best way to get to Birmingham is by train: tickets start from £14 and the travel time is about 2 hours.

Situated on the River Avon, Stratford-upon-Avon is 35km from Birmingham, famous as the birthplace of playwright William Shakespeare. Built-in 1879 the Royal Shakespeare Theatre burned down in 1926 but a new building designed by Elizabeth Scott was erected on the same site and is still standing. The opening of the theater in 1932 was attended by Edward, the Prince of Wales. In addition to the Royal Theatre, there are two other theaters in Stratford, the Swan Theatre and the Waterside Theatre. It is advisable to go here by bus, as the trip is cheaper than by train (£12 and £55 respectively). Travel time is 2.5 hours.

The city of Liverpool is famous for the legendary Beatles and its soccer team. In the 1960s Liverpool became one of the most popular centers of youth culture. As for landmarks, there’s plenty of them. Heading the list is the architectural ensemble of administrative buildings of the Port of Liverpool, recognized by UNESCO as a World Heritage Site. Other famous sights include the town hall – a grand Victorian public building in a neo-Greek style called St. George’s Hall, the Wellington Column – erected in memory of the English victory at Waterloo, the “Super Lamb Banana” – a sculpture in the form of a lamb styled as a banana, and many other interesting places. We recommend visiting The Beatles Story Museum, which is popular with tourists. Detailed information about its visitors and tickets can be found here. The train trip to Liverpool will take more than 3 hours and tickets will cost from 25 to 40 pounds. As for the bus ride, it will take 6 hours but will be much cheaper from £7 per person.

British retirees are unhurriedly spending time in cafes over a cup of tea, strolling the streets, traveling, contemplating the purchase of real estate outside their country. Homes in Turkey are often desirable because of their low cost and proximity to the sea. But for those who do not have the means to own a beachfront house, Britain has developed a network of boarding and retirement homes for single elderly people who have difficulty caring for themselves. Alas, even the best boarding house is no substitute for a happy independent retirement. So, as mentioned above, unusual destinations in the UK may be worth your attention.