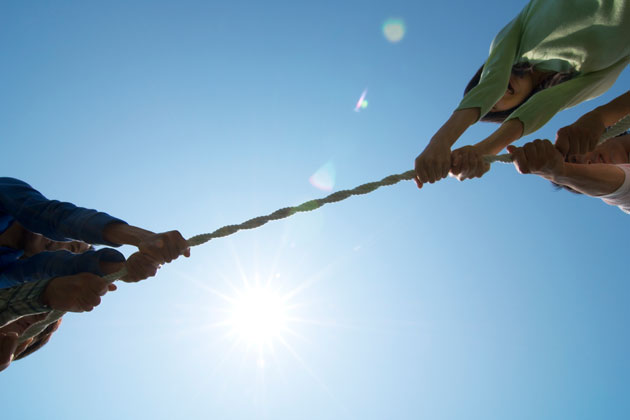 When it comes to selecting a company, things can get very confusing. Especially when one has been extended an offer from equally great companies at the same time, the decision to choose one over the other can be a crucial and life-changing one. People consider factors like the pay offered, stock options, their own personal convenience and/or suggestions by friends.

Abhishek Anand, a Quora user decided to take to the famous question-answer platform to get the community to help with which amongst startups Practo, Quikr,  Snapdeal or Directi he should join. As is usual, the Quora community jumped in with their opinions, analysis and personal experiences to help Anand make up his mind. Amongst the 38 replies his query received, there were a few notable replies that Anand wasn’t probably expecting.

The CEOs of Directi and of Snapdeal personally replied on the thread and took this opportunity to impress a potential employee in Anand.

Bhavin Turakhia, Directi CEO suggested that as an individual there are only two things one needs to ask when choosing a career path. He went on to elaborate on how Directi makes the above happen. He took the opportunity to highlight how Directi has always focused on challenging questions and disruptions. He touted Directi’s web presence, its contextual advertising business and its luminous clientele, and the domain registry business.

Turakhia went on to praise the team and culture at the company, citing the values, environment and opportunities provided at the company. On the other hand, Kunal Bahl, co-founder and CEO Snapdeal kept it short and suggested the following things to be kept in mind while making a decision about a company.

1. Is the company solving a super massive huge problem in our country that you are excited about?

2. Are the people at the company such that they offer something for you to learn from and have a shared value system/cultural fit with you?

3. Can the scope and scale of the company potentially offer you a variety of opportunities over time so that you can choose to change roles but not companies?

4. Does the CEO of the company respond to your Quora messages at midnight to ensure you join his team? 🙂

While this user got umpteen other replies from employees at both Snapdeal and Directi, other than the CEOs’ themselves, interestingly Quikr or Practo didn’t see much representation.

Anand recently edited his Quora query to update that he’s glad to have selected Directi, after all. While Kunal Bahl’s reply won the thread with 14,000 upvotes compared to Turakhia’s 1500, looks like the gushing comments from other Directi employees were a solid complement to the CEO’s personal involvement on the thread. Bhavin Turakhia’s other famous example of a personal involvement in employee relations is the personal thank you letters to the parents of the selected candidates.