A Day After His Voluntary Leave, Paytm Appears To Troll BharatPe’s Ashneer Grover

If BharatPe’s Ashneer Grover had minced no words while criticizing Paytm’s disastrous IPO, Paytm appears to be getting its own back after Grover… More Than 8 Percent Of Founders Of USA’s Unicorn Startups Were Born In India: Report We’re not even two weeks into the new year, but India has already produced three unicorn startups in the period. Edtech firm LEAD… Less Than 1% Of Stock Traders Make More Returns Than An FD Over A 3-Year Period: Zerodha CEO
OfficeChai Team January 3, 2022 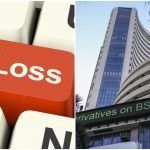 How Loss-Making Startups Are Able To Go Public In India 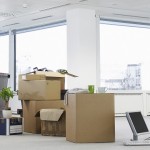 How to Relocate Your Office Safely: The Ultimate Guide Start-up Opportunities Away From The Office Causes and Solutions for Poor Operational Efficiency in Your Business Zoom Fatigue Is Killing Communication With Your Team How To Hack Your Way To A Career In Cyber Security? Pepperfry’s New Technology Centre in Bangalore Is a Reflection of Its Offerings
By Guest Author   December 13, 2021

Furniture and home products marketplace Pepperfry has launched its new Technology Office in Bangalore. Inspired by Pepperfry’s pursuit to nurture an inclusive and… 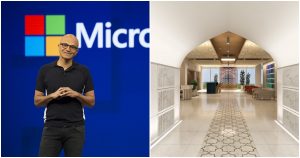 Inside NBA’s Interactive, Basketball-Themed Office In Mumbai
By OfficeChai Team   May 18, 2019 Pepperfry Brings Out All Its Design Chops In Its Office In Mumbai
By OfficeChai Team   January 19, 2019 There are no free lunches – but there can be some very, very expensive ones. A Chinese gaming company tycoon is shelling out a cool $2.35 million for the privilege of lunching with Warren Buffet. The Karnataka Legislature Secretariat seems to have a problem. If a circular it has issued is to be believed, it is beset by women who “unnecessarily walk in its corridors”. Displeased by this obviously unsatisfactory state of affairs, Speaker Kagodu Thimmappa issued a stern circular hoping to curb the loitering women menace. Noida based startup Un-boxed hopes to change work cultures and office spaces around the country.

Pitchers follows the story of Naveen and his two friends, Yogendra and Jitender, as they set about creating their own startup in the bustling metropolis of Mumbai. “They’re creating a Silicon Valley in Hiranandani now”, says one of the characters on the show, and the three protagonists find themselves smack in the middle of it. All three are jaded with their jobs, and inspiration to start off their own venture is not in short supply. Naveen’s senior from college is a laconic CEO whose company has just been valued at a billion dollars, and hoardings of successful startups (mainly Housing.com) scream at the three in the city. Disney isn’t the happiest place in the world at the moment. 250 of its workers have been laid off, and HCL employees with H1-B visas have taken their place. The Disney workers have had to perform the unenviable task of training their replacements. Finance internships are known to be famously brutal, and a leaked email from Wall Street has only served to confirm this. Justin Kwan, a second year Analyst at Barclays, sent out an email to the bright-eyed young college graduates about to join the company for its internship program. Ominously titled “Welcome to the jungle”, the email lists the 10 commandments that an intern needs to follow if they wish to succeed in the cutthroat world of investment banking.

There are many things to be proud of India about. What a lot of people back home may still be unaware of is the sheer number of Indians or people of Indian origin who are at the helms of global-multinationals abroad.
Here’s a look at 10 of the most prominent Indians who are currently CEOs at these multi-billion companies. These people will change your idea of what working at a cool place means.

Read and be inspired at your own risk It was 2:40 am on a warm San Francisco night. Sarvshreshth Gupta called his father, sitting thousands of miles away in New Delhi, India. “It is too much. I have not slept for two days. I have a client meeting tomorrow morning, I have to complete a presentation, my V.P. is annoyed and I am working alone in my office,” he said. His father was understandably concerned. Sarvshreshth was working as an Analyst at Goldman Sachs, and had recently been complaining about his workload.